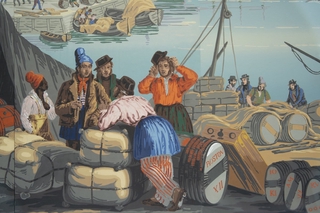 Take a short trip with us back in time with our French wallpaper exhibition. “Zuber: The Art of French Scenic Wallpaper” features a panorama of various views of North America from the 19th century. #MuseumFromHome 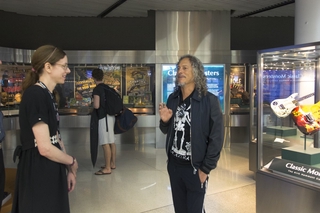 This week on #SFOMat40: In 2015, we presented “Classic Monsters: The Kirk Hammett Collection” which featured dozens of objects from Universal’s monster movies from the 1920s to the 1950s. Do you remember this exhibition? https://t.co/ALsJQ6xOrW #KirksMonsters #MuseumFromHome 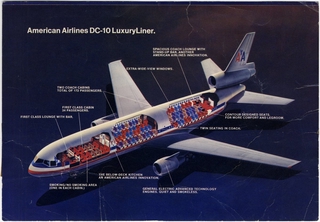 The first McDonnell Douglas DC-10 entered service #onthisday in 1971 with American Airlines. American's inaugural DC-10 service operated from LA to Chicago. Have you ever flown on a DC-10? #MuseumFromHome

The most elaborate items were found in the dining room and main parlor, where they served a variety of entertainment functions. Decorated beverage services such as this lemonade set were very fashionable. #VictorianSilverPlate #MuseumFromHome

Silver-plated housewares are lustrous and ornate examples of Victorian style. Produced in large quantities in England and the United States, silver plate was a hallmark of eclectic décor during the Victorian era (1837-1901). #VictorianSilverPlate #MuseumFromHome 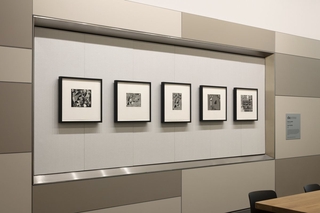 “Yale Portfolio” by #FrankLobdell is online at: https://t.co/p3Ft1oYtaY #SFAC #MuseumFromHome

The five mono-chromatic intaglio prints that make up the “Yale Portfolio” by #FrankLobdell all contain a fantastical landscape of abstract signs and symbols that are characteristic of the artist’s later work. #SFAC #MuseumFromHome

#FrankLobdell was a significant artist in West Coast Abstract Expressionism and the Bay Area Figurative Movement and a popular instructor at the California School of Fine Art (now the San Francisco Art Institute) from 1957 through 1965. #SFAC #MuseumFromHome 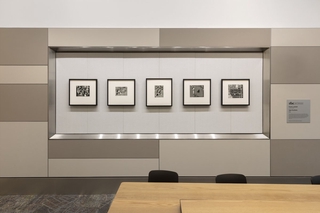 #FrankLobdell began what has come to be known as the “Yale Portfolio” during a two-day printmaking workshop at Yale University on February 6 and 7, 1992. #SFAC #MuseumFromHome

RT @FlyPanAm: Pan Am did extensive recruiting and hiring in Japan and Hawai‘i to obtain Japanese language qualified crews. And did you know…