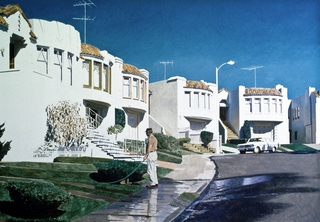 #RobertBechtle’s early work was as a Bay Area figurative painter, but in the 1970s, he received national acclaim as a Photorealist. Shown here is Benton Street in #SanFrancisco, one of the familiar local neighborhoods Bechtle frequently paints. https://t.co/Exr4TSUHDQ #publicart 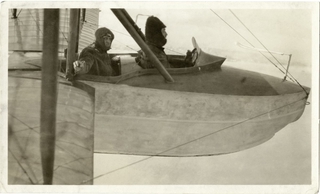 #StanleyHenryPage was an early twentieth-century #SanFrancisco #BayArea engineer who was inspired by the new technologies of flight. In the 1920s, Stanley Page merged his love of flying with glass plate photography by capturing images of the Bay Area from his plane. #avgeek 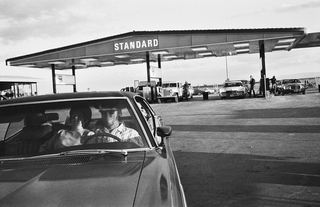 Growing up outside of #SanFrancisco in Walnut Creek during the 1950s &amp; ‘60s, #MimiPlumb was raised amidst a changing landscape. #photography

Happy Birthday to the #GoldenGateBridge! The Bridge is an internationally recognized symbol of #SanFrancisco. Have you visited this popular tourist destination ?#HBDGGB 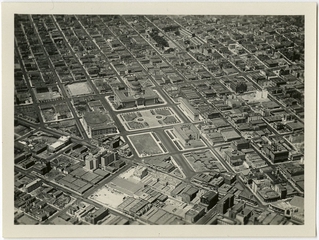 Have you ever been to #SanFrancisco's City Hall? In this photo taken in 1924, our City Hall would have only been about 9 yrs old. #SFhistory

In 1973, #ChinaAirlines distributed this colorful map of #SanFrancisco featuring an illustration of the iconic The Sing Chong Building in SF's #Chinatown. #SFHistory

RT @charlieadamski: Love landing at SFO and stumbling upon another fab work in the @SFOMuseum collection #SanFrancisco #ArnoldoPomodoro h… 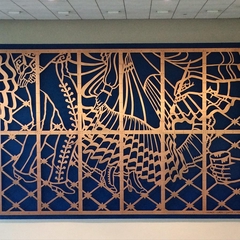 RT @dugnorth: More #automata in public! This time at the #SanFrancisco airport #museum. The exhibit is open to all! http://t.co/lzRPQvki

See more photos of #SanFrancisco in the 1920s in “Above the Bay: The Aerial Photography of Stanley Page.” https://t.co/eZlmOaOxuM #StanleyHenryPage #avgeek 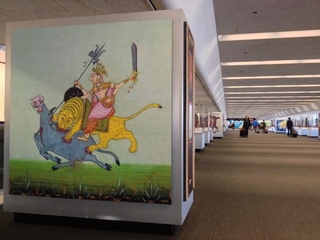 Thanks! Glad you saw it- it's about to close. MT @kleungsf: @SFOMuseum nice exhibit @ intl term #sanfrancisco airport http://t.co/aMoyiOxN5V 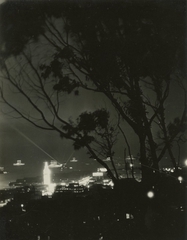 What a spectacular view! Taken on #TelegraphHill by Stanley H. Page before #CoitTower was built, this 1925 photograph features the #SanFrancisco Ferry Building illuminating the night landscape. Have you ever been to the Ferry Building? #SFHistory 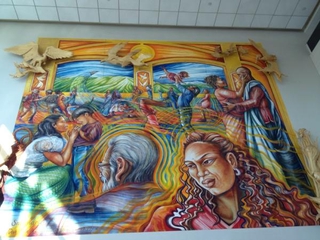 Yes! RT @calacademy: LOVE this video about #SanFrancisco from @onlyinsf. Makes us feel lucky to be living in this city. http://t.co/1zb6wLVC