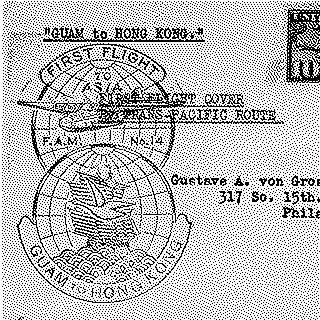 This is object is classified as "Philately (Airmail Flight Cover)", and is part of the Aviation Archive collection.