Taxiing out from Pan American seaplane base at Dinner Key, Miami, Florida, the airline's new Sikorsky S-40 prepared for take off on its inaugural passenger flight #onthisday in 1931. This flying boat, then the largest commercial airplane built in the United States, was christened "American Clipper" by First Lady Mrs. Herbert Hoover. It was the first to carry the famous "Clipper" name, which was subsequently registered as a trademark by Pan American. While the detached wing and twin-boom design of the S-40 was similar to the S-38 model, it was roughly twice the size, required a crew of six, and carried thirty more passengers than its predecessor. The "American Clipper" arrived in Cristobal in the Panama Canal Zone with thirty-three passengers and several hundred pounds of mail. Image: Pan American Airways, Sikorsky S-40 “American Clipper”, c. 1931. Gift of the Captain John B. Russell Family. 2012.149.1459 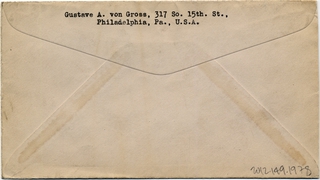